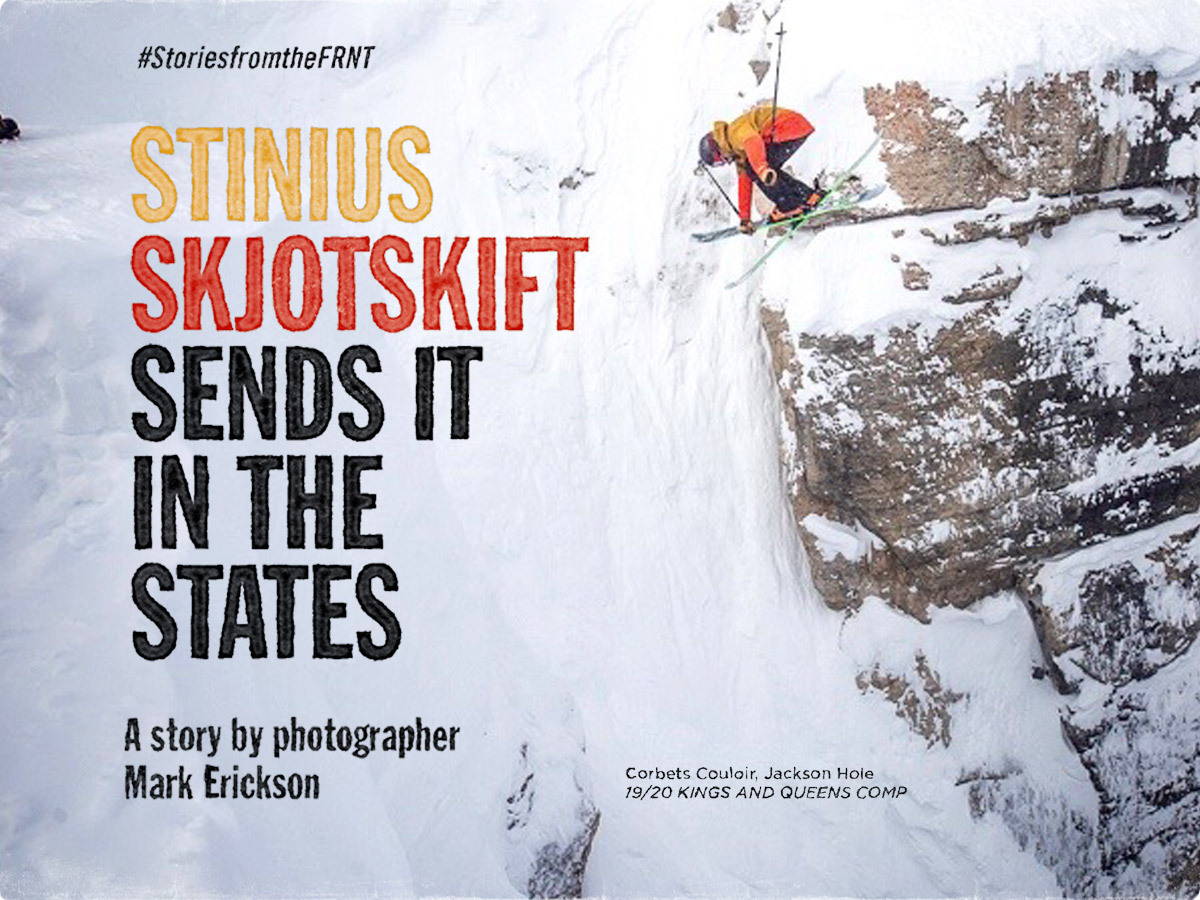 When you watch an athlete size up an air they have never hit before you can really feel the concentration. Last year in Jackson Hole I was with Stinius for the Arc'teryx Academy, he had been talking about trying to get into the legendary Kings and Queens of Corbet's 2020 contest. We didn't know if it was possible to get a last minute entry. We got to work calling everybody we knew. Lucky for us someone had pulled out of the contest last minute... Stinius was in! He was stoked and as the first Norwegian skier ever in the competition, he knew he had to go on his first run. Biggest Mute 360 I've ever seen go down in person, and arguably the deepest huck of the entire competition.

Stinius had never been skiing in the States, much less Jackson Hole. He didn't seem to care, I guess he just wanted to catch some air. Day of the comp he was calm. He knew it was big but again didn't seem to care much. I asked him what his plan was at the top and he said a mute 360. He wanted to do something he could land so I agreed that was the right call. I then left the top of the start and went to the bottom to get a photo. He was dropping 17th so I had some time to think and watch other competitors for how conditions were. When his turn came he went for it. Everything went perfectly with a clean 3 to stomp into a backflip off the second hit and then we could all see the problem. Off the top of Corbet's in the landing his goggles slammed down over his nose. 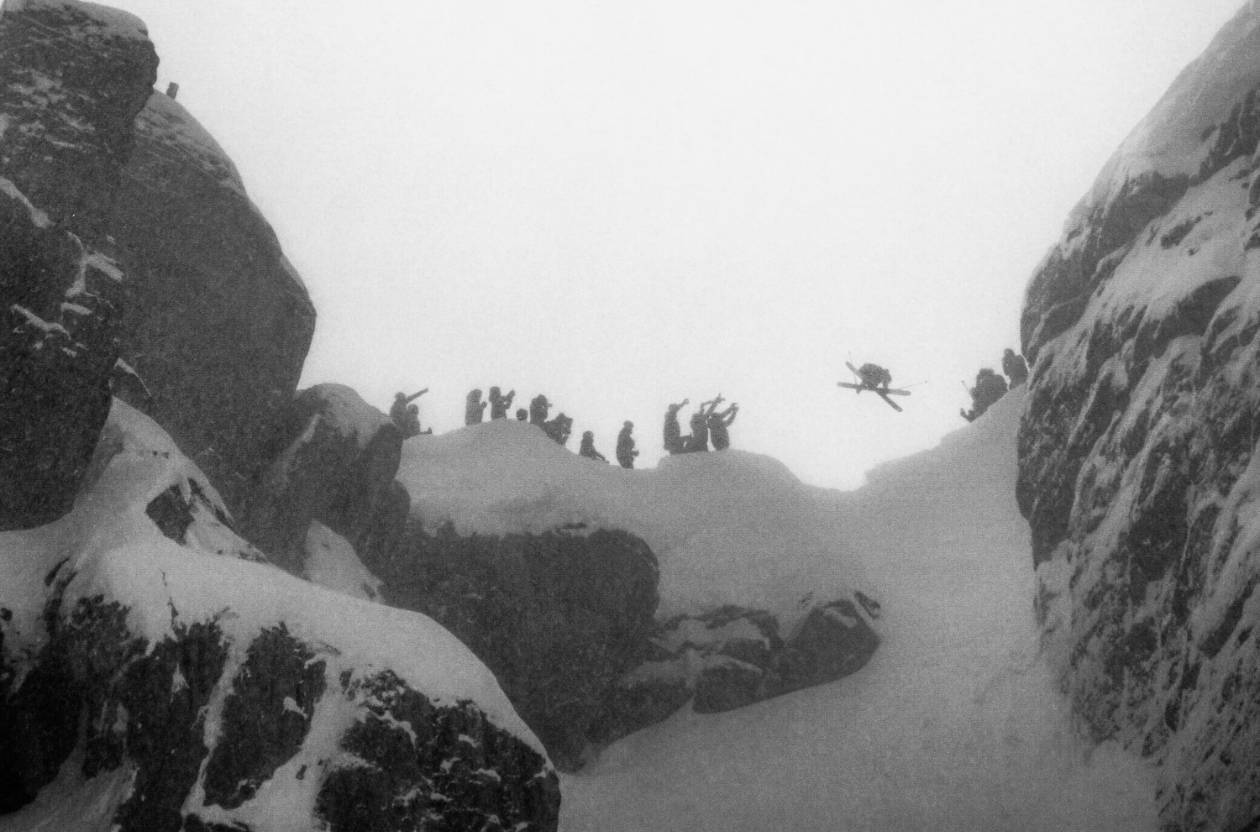 He couldn't see anything. After the landing he tried to quickly adjust his goggles back into place, but after the next hit they ended up around his mouth. He crashed on his 3rd hit whipping a 720. To make things worse he broke his pole on the run. Spirits were still high and he wanted to do it again. He rode to the bottom and got on the tram and went up for his second run. By the time all the athletes got back up top , thick clouds and wind had rolled in. It was hard to see. He sent it anyway, same trick off the top to a clean run to the bottom. Inspiring to watch someone who has never been to the States, never skied in Jackson Hole, and never hit the infamous Corbet's Couloir before, step up and get it done. Nothing is impossible with two planks on your feet. Stinius for President. 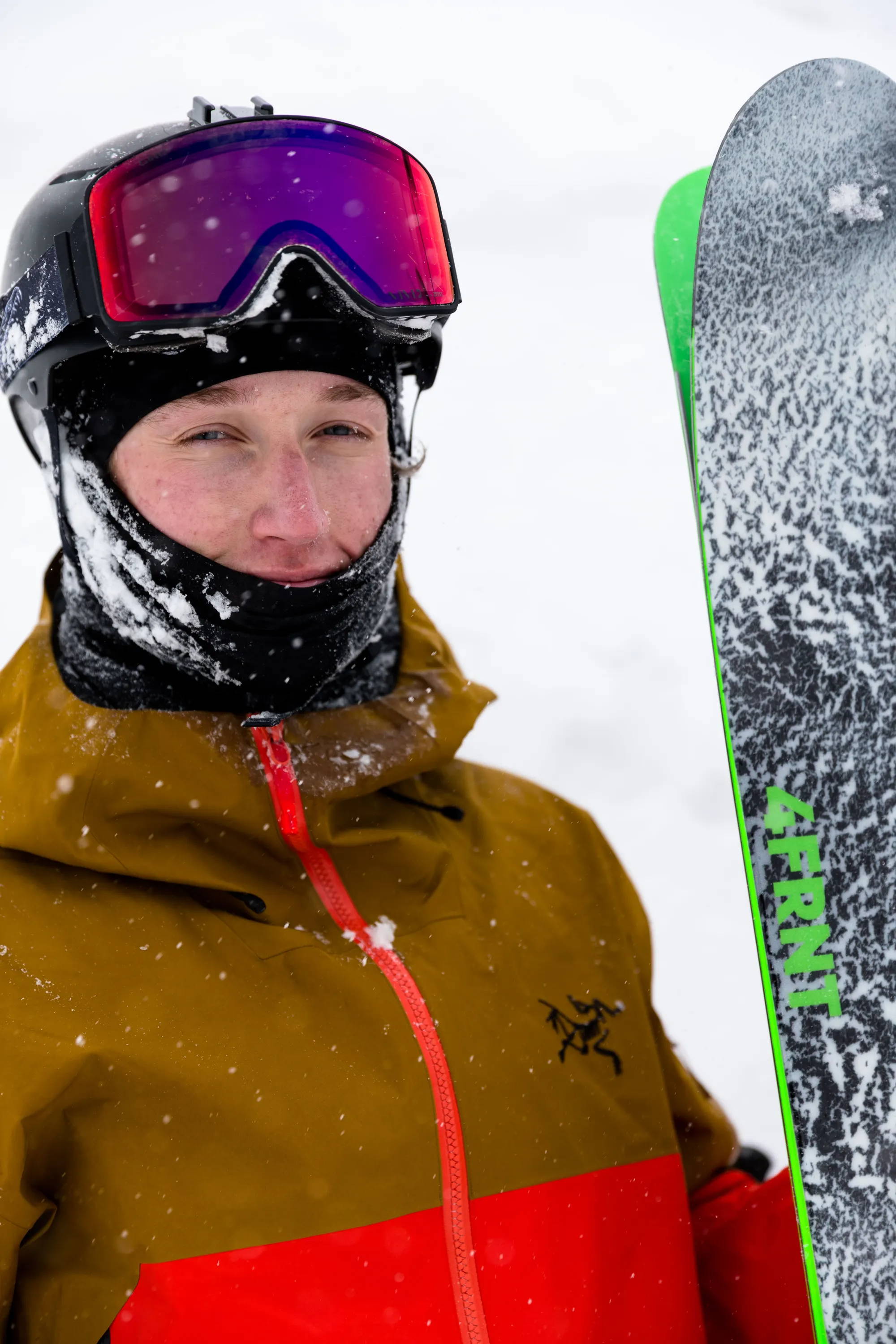 A Story by Mark Erickson